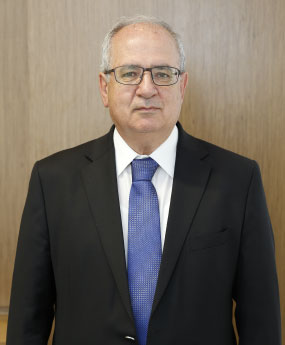 Christakis Christofides is the Head of the Litigation, the Public Law, the Labour Law and the Real Estate Law Practice Departments. Christakis has an extensive experience representing parties before the Supreme Court of Cyprus (Judicial Review jurisdiction) and the Administrative Court regarding Public Law matters, the Labour Court as well representing parties before the competent District Courts and the Supreme Court of Cyprus (Appellate jurisdiction) on Civil Law, including Labour, Commercial and Insurance Law, matters. His wealth of experience covers matters, inter alia, of Public and Administrative Law, Labour Law, Planning and Building Law, municipalities’ related laws and regulations, Consumer Protection Law and Insurance Law. Christakis is a Member of the Legal Council of the Republic of Cyprus and the President of the Cyprus Football Association First Instance Committee for UEFA Criteria.

He held the position of Mayor of Latsia Municipality for two terms (1992-2002) and at that time also served as a member of the Executive Secretariat of the Cyprus Municipalities Union and as a President of the Select Committee for the negotiations with the Trade Unions and drafting of the Industrial Collective Agreements of the 7 Municipalities of Nicosia District.  In his capacity as Mayor he was a member of the Working Group on “Citizens Rights and Responsibilities” of the Standing Committee of the Local and Regional Authorities in the Council of Europe.  Christakis was also the President of the Arbitration Committee of the Cyprus Football Association.