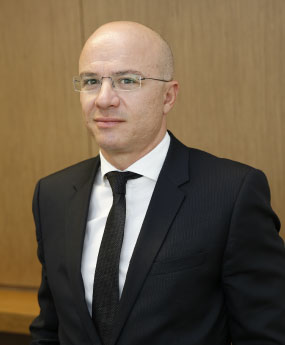 Nicholas is a barrister specialising in commercial litigation and fraud, corporate insolvency and business restructuring.  He also has a broad commercial practice in the structuring of Cyprus International Trusts for foreign HNWIs.

Nicholas has been the Partner in charge of Banking & Finance sector of our firm with experience in international banking transactions since 2001.  He is also advising local banks and has been involved in the past two years in restructurings of local loans in excess of EUR 300 million. Over the past decade, Nicholas has handled hundreds of court cases involving local and international Banking institutions.

Additionally, Nicholas has been involved in many cases of great significance before the Supreme Court and the District Courts of the Republic of Cyprus. Recent reported cases include, among others, a fraud claim for the recovery of damages in excess of EUR 121 million, a claim against international trusts in excess of USD 44 million, and defending the winding up of a company with subsidiaries in the oil and gas industry of the Russian Federation.

A significant part of his recent work has involved litigation for the recognition and enforcement of awards issued by the London Court of International Arbitration, as well as judgments issued by the Courts of EU member states, commonwealth jurisdictions and the Russian Federation.

His experience further includes litigation and advice on liquidations and receiverships and he has been involved in a number of acquisitions and mergers of banks, insurance, shipping, holding and trading companies.