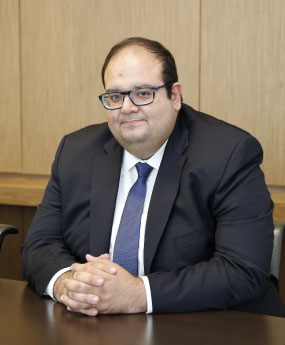 Pantelis Christofides is the Head of our Regulatory practice group and a member of our Corporate & Commercial practice group. He has extensive experience advising domestic and international clients, including NYSE and NASDAQ listed companies.

He has advised on numerous occasions on matters of Inter-State Criminal Law such as the application of the Framework Decision on the European Arrest Warrant, White Collar Crime, Anti – Corruption, Anti – Money Laundering and Sanctions related legislative provisions as well as represented clients before the competent Authorities of the Republic of Cyprus.  He is also a Non - Governmental Advisor to the International Competition Network (ICN).

Pantelis has been nominated by his peers and has been included in the Who’s Who Legal Competition 2019 as a leading practitioner in the field of Competition Law (see to that effect the WWL website at https://whoswholegal.com/pantelis-christofides).